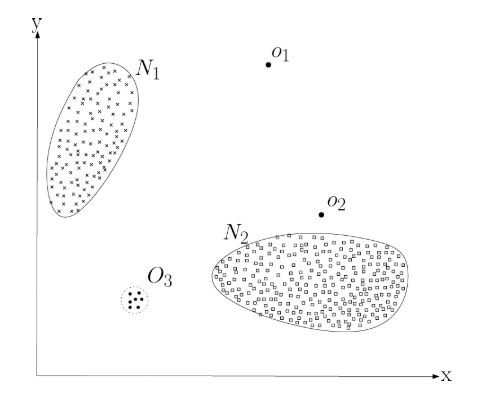 Identify unusual users by checking which have $p(x)<\varepsilon$ 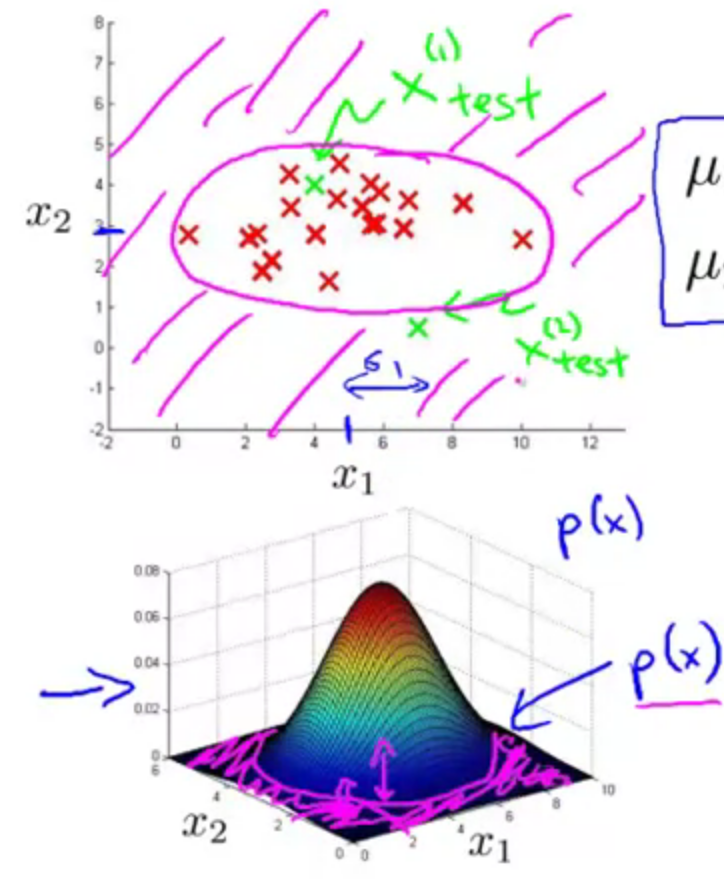 The importance of real-number evaluation, when developing a learning algorithm (choosing features, etc.), making decisions is much easier if we have a way of evaluating our learning algorithm.
Assume we have some labelled data, of anomalous and non-anomalous examples.

If it is a large volume of bad examples, you can shift over to supervised learning.
Anomaly detection

Choose what features to use

Q1: Suppose your anomaly detection algorithm is performing poorly and outputs a large value of $p(x)$ for many normal examples and for many anomalous examples in your cross validation dataset. Which of the following changes to your algorithm is most likely to help?

Q1: For which of the following problems would anomaly detection be a suitable algorithm?

From a large set of hospital patient records, predict which patients have a particular disease (say, the flu}.

This problem is more suited to traditional supervised learning, as you want both famous and non-famous images in the training set.

Q3: Suppose you are developing an anomaly detection system to catch manufacturing defects in airplane engines You model uses
$$p(x) = \Pi^n_{j=1}p(x_j; \mu_j, \sigma_j^2)$$
You have two features $x_1$ = vibration intensity and $x_2$ = heat generated Both $x_1$ and $x_2$ take on values between 0 and 1 (and are strictly greater than 0), and for most normal engines you expect that:

$x_1 \approx x_2$. One of the suspected anomalies is that a ﬂawed engine may vibrate very intensely even without generating much heat (large $x_1$ small $x_2$) even though the particular values of $x_1$ and $x_2$ may not fall outside their typical ranges of values What additional feature $x_3$, should you create to capture these types of anomalies:

Q4: Which of the following are true? Check all that apply.

These are good features, as they will lie outside the learned model, so you will have small values for p(x) with these examples.)

Only negative examples are used in training, but it is good to have some labelled data of both types for cross-validation.)